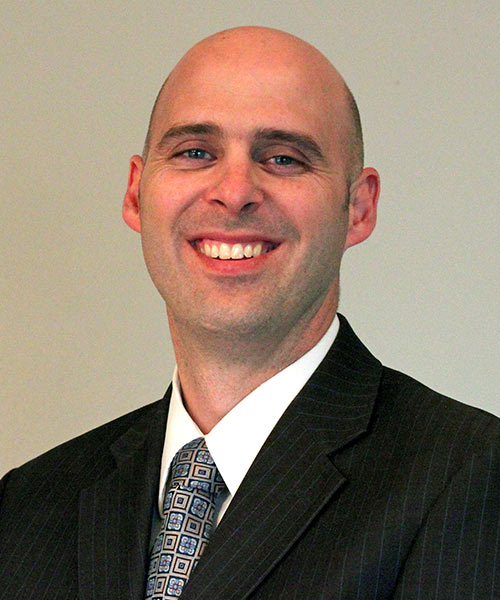 Chad specializes in orthopaedics. He assists Dr. Douglas in surgery and reduces/sets fractures and dislocations.

Chad Jarvis has been a Physician Assistant since 2004 and joined Dr. Douglas in Orthopaedic Surgery in 2014. He earned his Master's degree as a Physician Assistant in 2004 from A.T. Still University in Mesa, AZ. He earned his Bachelor's degree in athletic training from BYU in 2002. While at BYU he served as one of the athletic trainers for the 2001 National Championship Men's Volleyball Team.

Since becoming a PA he has worked in Tooele County in Family Medicine, Urology, and now Orthopaedics. Orthopaedics has always been his dream job. Working in Urology helped him to become proficient in multiple surgical techniques including laparoscopic and robotic surgery.

As a Physician Assistant, Chad is able to see patients, order x-rays, MRIs and blood tests and interpret these tests. He is able to diagnose and prescribe medications for patients. Chad enjoys Orthopaedics and Sports Medicine and enjoys working with patients of all ages. Specializing in Orthopaedics, Chad also assists Dr. Douglas in surgery and reduces/sets fractures and dislocations.

Chad was born and raised in Missouri and then moved to Utah to attend Brigham Young University. He has a beautiful wife and five (yes, five) wonderful daughters. He has lived in Stansbury Park since 2004. He loves spending time with his family and enjoys BYU sports, golfing, and being outdoors.

As a Physician Assistant in the State of Utah, Chad is licensed as a PA and carries a license for prescription medications. He is nationally certified as a PA by the NCCPA. This certification is updated every 10 years with a national exam and yearly Continuing Medical Education courses.