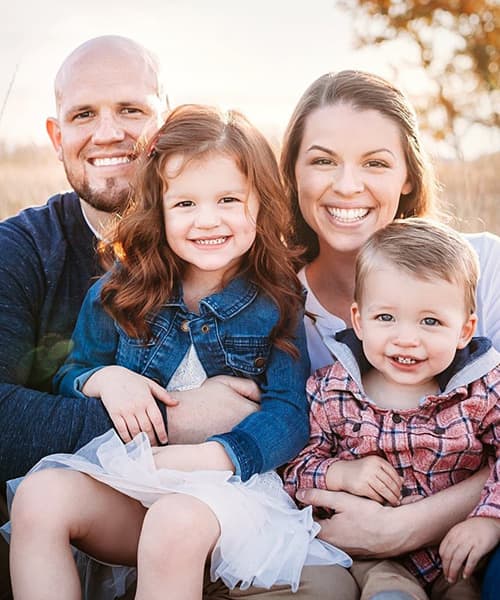 Cameron Cooper is a Physician Assistant working with Dr. Douglas in Orthopaedic Surgery. Cameron is a Tooele County native and spent most of his life in Tooele Valley. He graduated from Tooele High School. Yes, he is a Buffalo and holds true to “forever and forever in Tooele.” In high school, he played football, basketball, and water polo. He later earned his bachelor’s degree in Chemistry at Southern Utah University. During his time at SUU, Cameron met his beautiful wife, Lacey. They were married in 2013 and have two adorable children.

Cameron attended Midwestern University in Glendale, Arizona where he earned his Master of Medical Science degree as a Physician Assistant. After completing his educational rotations in the Phoenix area, Cameron was very excited to return to his home town and have the opportunity to serve his community once again working in orthopedics.

While in his training, he completed rotations in women’s health, family and internal medicine, psychology, pediatrics, emergency medicine, general surgery and orthopedics. Cameron loves all aspects of medicine, but he enjoys sports medicine and orthopedics most of all.

As a Physician Assistant, Cameron sees patients, orders various diagnostic tests including x-rays, MRIs, CTs, EMGs, and blood tests. As a Physician Assistant, he diagnoses, prescribes, and treats various illnesses and injuries involving orthopedics and the musculoskeletal system. This includes trauma, injury, and age-related changes. Cameron sees patients in the clinic as well as assisting Dr. Douglas with surgical procedures.

Cameron loves spending time with his family. When the opportunity arises, Cameron loves camping, weight training, golfing and pretty much anything involving a ball.

As a Physician Assistant in the State of Utah, Cameron is licensed in the state as a PA and carries a license for prescription medications. He is nationally certified as a PA by NCCPA, and that certification is updated every 10 years with a national exam and yearly Continuing Medical Education requirements.